Things That Were Missed in the Clamour for Calm 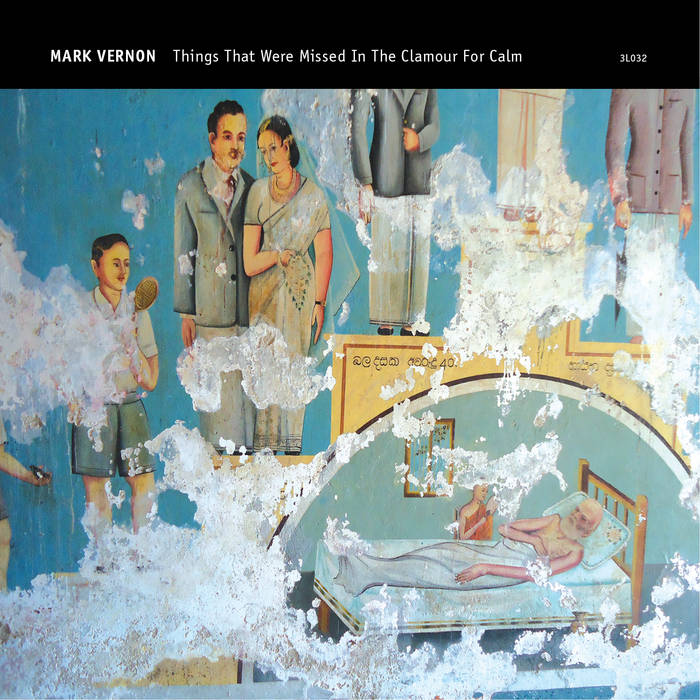 "Things That Were Missed in the Clamour for Calm is a single 54-minute suite of music and sound, created from field recordings fetched by Mark Vernon on his travels in Sri Lanka.

Through his methods, Vernon creates swooping, eerie and powerful music — music which forms itself out of natural sounds, then changes itself back again, all in a seamless and entirely appropriate manner. The effect on the listener is like watching a documentary film of Sri Lanka which suddenly changes, for example shifting into negative or over-exposed stock, multiple exposures, unusual lens filters, focus settings...disrupting the sense of temporal continuity we've enjoyed thus far, and demanding that we now appreciate this experience as pure sound. But it also passes on a very dream-like effect. It's as though Vernon himself were hallucinating about Sri Lanka, and passing his strange visions into the sound. Hardly five minutes of Clamour for Calm passes by without one of these uncanny time-shifts taking over, transporting us into a bizarre, slightly menacing, impression, an impression of a country (or an entire world) that never existed.

The title of this work, Things That Were Missed in the Clamour for Calm, may of course lead the listener to expect something quite different — it implies that there are everyday sound events which we overlook all too easily, and that there's an interest in escaping the noise pollution of urban life, perhaps through listening to natural sounds with more attention. Both of these are perfectly plausible sentiments, and indeed they constitute articles of faith for many field recordists. But I think this album is primarily a work of imagination, a testament to Mark Vernon's creative strengths and abilities; he doesn't just document, but he thinks long and hard about the documents he captures, and then is able to use his studio skills to refashion them sympathetically, thereby revealing new truths about the world. "

“It’s as if through some magic stroke, Vernon is able to get humans and animals to act in unison to create a wonderful musical composition.”
Hal Harmon, Musique Machine

“This is the noise we want.”
A Closer Listen

“It's as though Vernon himself were hallucinating about Sri Lanka, and passing his strange visions into the sound.”
Ed Pinsent, Sound Projector

Interviews With Butcher Brown and Slauson Malone, plus LP of the week by SAULT.