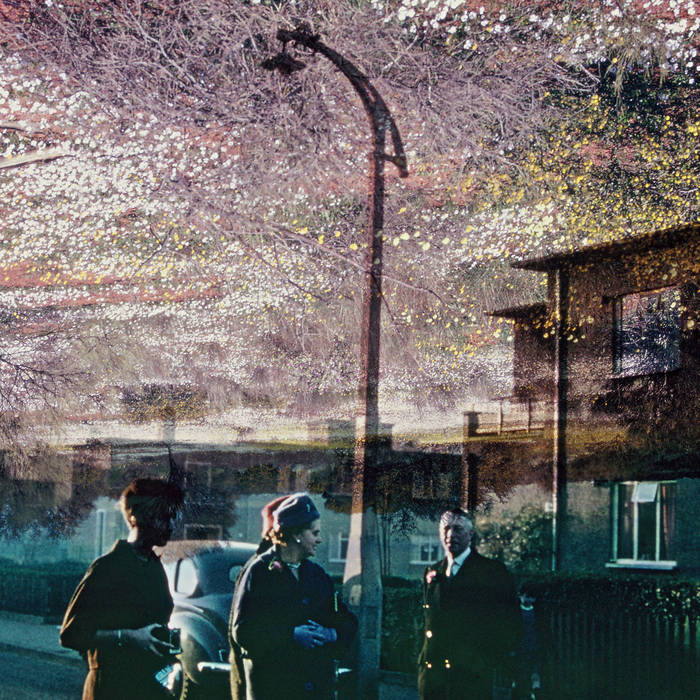 The pieces composed for this album combine field recordings of contemporary Lisbon with found tape recordings from the past; reel-to-reel tapes, micro-cassettes and Dictaphones collected from the Feira de Ladra market, a popular and lively flea market in the Alfama district.

Each tape recording is an audio snapshot of a specific time; a family album in sound, a musical performance, a compilation of treasured music or even just the fun of playing around with a tape recorder captured for posterity. Every thoughtless edit or push of the record button teleports us to a different time and place. The musical material extracted from the tapes is also an evocative signifier that locates it within a specific era. The interesting thing is how the tapes accumulate different strata of time even within a single side. There are consecutive chronological recordings but also sequences with unexpected breakthroughs where the user has carelessly fast forwarded through the tape randomly ‘dropping-in’ new recordings. These accidental edits create instantaneous new collages of sounds and voices. I have endeavoured to retain the essence of these unintentional edits and unexpected outbursts in the pieces I have assembled here. The noisy whir and clicking of the various tape mechanisms is evident on many of the found recordings. As the material is sped up and slowed down it acts as an internal clock, a continuous, steady marker of time, almost like the second hand of a timepiece.

All of the pieces contained here within explore one particular environment – the city of Lisbon. Field recordings by their very nature are time-based but the introduction of found tapes into the mix expands the timescale of these studies from just the short period spent in the city making recordings, backwards to possibly forty or more years in the past. It is a portrait in time and place, an archaeology of sound. The result of the audio flotsam and jetsam washed up on the shores of low commerce in the flea markets of Lisbon.

Amongst the field recordings used in the piece were:
An air ventilation unit
Workmen re-laying a cobbled pavement
A creaky tap
Traffic and street noise
A recording of a man crying and praying in a toilet cubicle in Lisbon airport (accompanied by the sounds of farting, shitting, automatic paper dispensers and toilets flushing)
Exercise machines in the Jardim de Estrela park
Waves breaking on the coastline at Cascais
The pouring of sparkling wine
Peacocks at the Castelo de São Jorge
Overheard conversations
A sun lotion dispenser


Artwork: A Sense of Someplace / www.asenseofsomeplace.org

Mastered by Jason Lescalleet at Glistening Labs.
Artwork: A Sense of Someplace / www.asenseofsomeplace.org